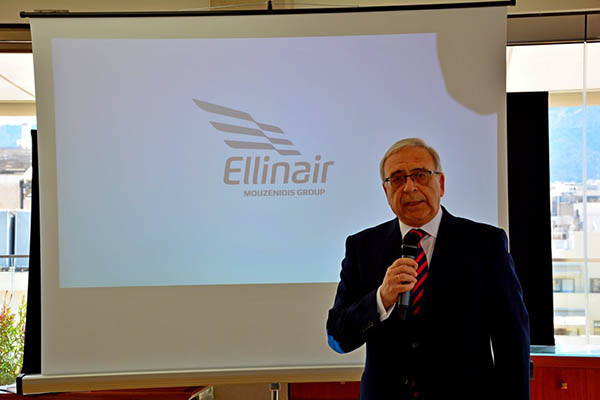 The Press Conference organized by Ellinair and Mοuzenidis Group on 03/04/2018 at Electra Metropolis Hotel in the center of Athens was successfully completed, while overlooking the imposing Acropolis.

Media’s response fulfilled all expectations, while journalists had the opportunity to address their questions to Ellinair ’s Commercial Director, Mr. Daliakas Stavros, as well as to the General Manager of Mοuzenidis Group, Mr. Masmanidis George.

The meeting began with a presentation by Mr. Daliakas, who made a brief historical review of how Mouzenidis Group holistic approaches Greek Tourism, continued with the launch of Ellinair in 2013 and concluded with the depiction of comparative charts concerning flights, passenger data and this year’s optimistic forecast.

Follow the links to read some of the articles that cover the event (mainly in Greek):