Monday , 19 June 2017The return of the relics of St. Helena to Venice, with Ellinair – Mr. Boris Mouzenidis was honored with a medal.

On June 15th, the last day of the pilgrimage, the Apostoliki Diakonia of the Hellenic Orthodox Church, that had the initiative for the advent and the department of the True Cross, hosted a dinner in the gardens of the theological boarding school of Agia Varvara, in Aigaleo, in honor of those who contributed to this event. During the dinner, the Director of the Apostoliki Diakonia, His Grace the Bishop of Fanari, Agathaggelos, honored Mr. Boris Mouzenidis, the President of Mouzenidis Group of Companies, that Ellinair is part of, thanking him for the disposal of an Ellinair aircraft for the transfer of the Relics.

The final destination of Ellinair’s Airbus A 319 was Santa Helena island of Venice. After arriving at Marco Polo airport, the relics were placed on a vaporetto, thus marking the beginning of its journey. Representatives of the Church greeted the Relics at a small port, after which the liturgy procession commenced along the streets of the island, accompanied by believers, heading to the Temple of Saint Helena, where the Holy Relics have been kept for centuries. With reverence and emotion, Mr. Boris Mouzenidis and the executives of the Group assisted the transportation of the glass shrine of the Relics.

The participation in such an important event that has touched the souls of thousands of people is our great honor and is recorded as a spectacular moment in the history of Mouzenidis Group, and that is the reason why we feel the need to express our deep gratitude to everyone who contributed to making this event a reality. 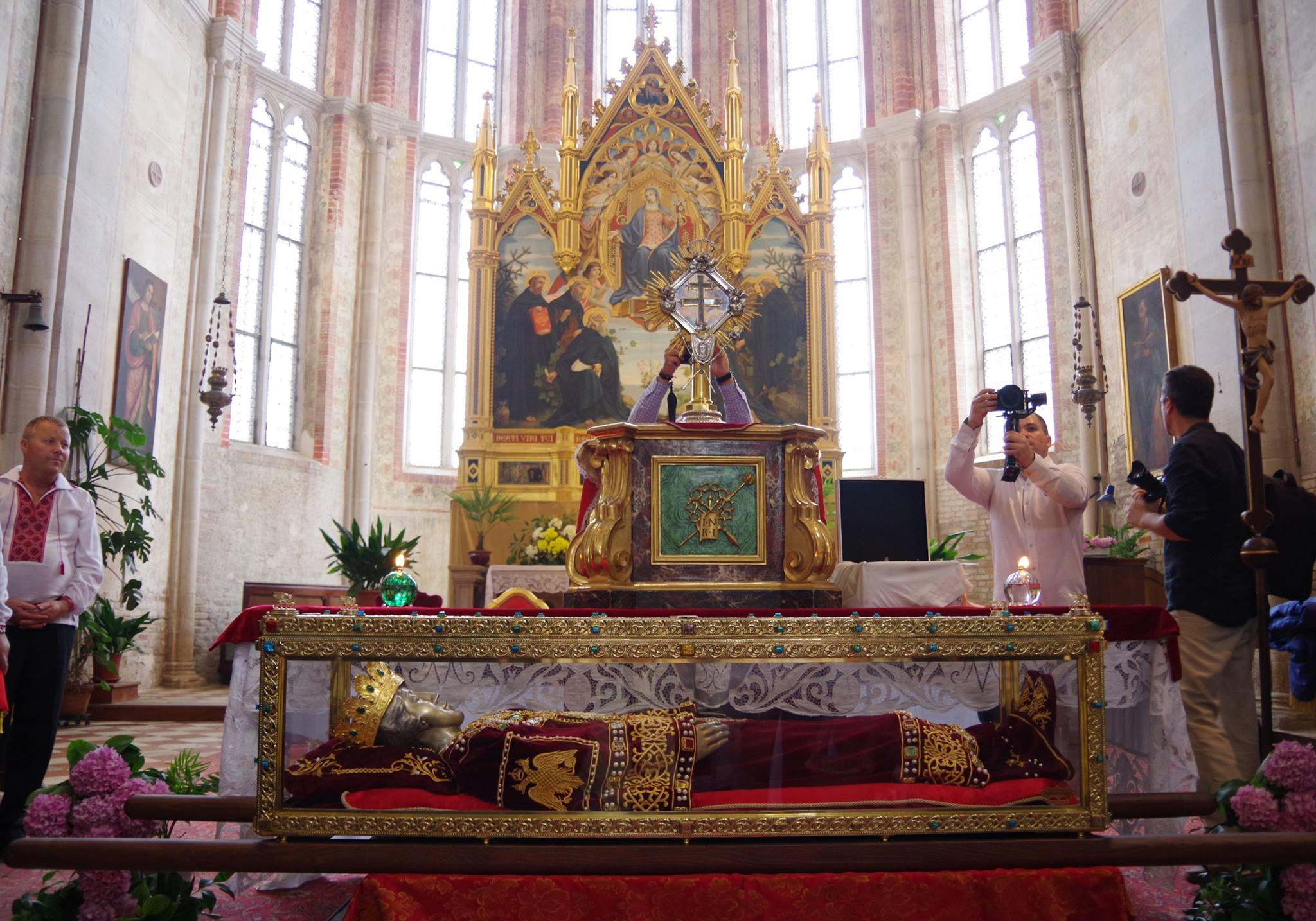