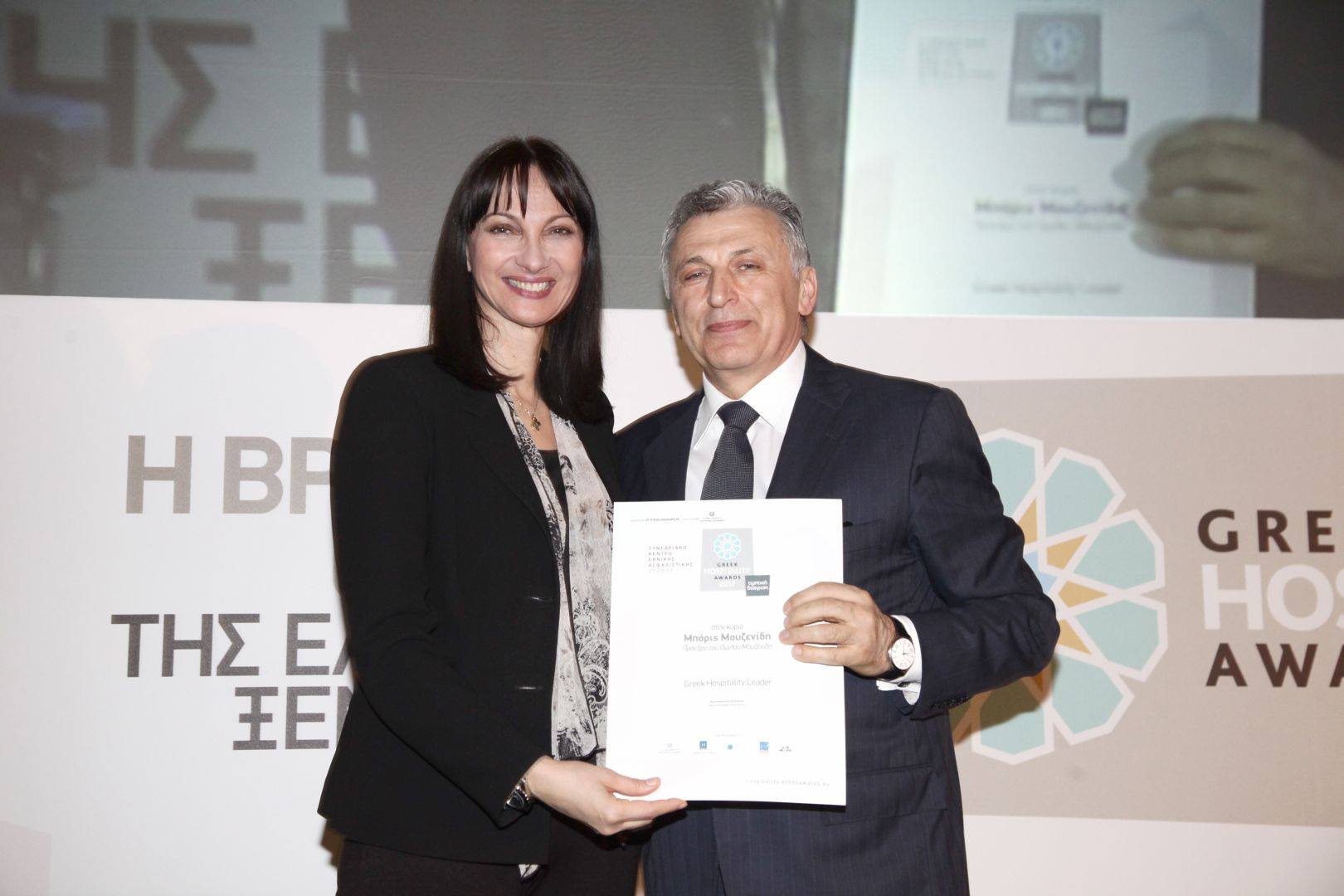 Mr. Boris Mouzenidis, the President of Mouzenidis Group, that Ellinaircompany is part of, is one of the leading figures in tourism for 2017.

The honorary award of being the Greek Hospitality Leader was awarded this year to Mr. Boris Mouzenidis, as a recognition of his work and outstanding contribution to the Greek tourism industry. The award was received by Mr. Mouzenidis from Mrs. E. Kountoura, the Minister of Tourism.

Greek Hospitality Awards 2017, that are under the aegis of the Ministry of Tourism, took place during an official dinner at the Conference Center of Ethniki Insurance company, Εθνικής Ασφαλιστική, located in Athens. The awards reward excellence and distinction in the field of Greek hospitality and are organized by ETHOS AWARDS company and ΧΡΗΜΑ magazine.