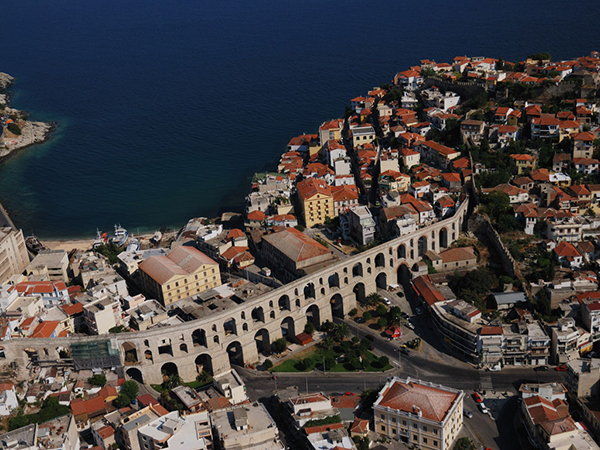 We are glad to inform you for Ellinair's new scheduled flights from Kavala to Moscow (VKO) and Saint Petersburg (LED) for the period  26/05/2017 -  09/10/2017. More specifically, the flights from the airport "Megas Aleksandros" in the town of Kavala to Moscow (Vnukovo airport) will be carried out every Tuesday and Friday, and flights to Saint Petersburg (Pulkovo Airport) - every Monday and Thursday.

The company's goal is to offer more opportunities for Russians who visit Greece, offering directions less well-known abroad, but no less interesting, such as Eastern Macedonia and Thrace with historical and religious monuments of world heritage, unique natural beauty, wonderful beaches, such as in Kavala and Alexandroupolis, and two beautiful islands: Samothraki and Thasos.

Following in the footsteps of the Apostle Paul, the locations of Kavala, Philippi and Samothraki are unique because it was the first stop of the Apostle in Europe. In Philippi the first European Christian was baptized. It was one of the main reasons for choosing a direction of Kavala, due to the fact that the Mouzenidis Group brings every year thousands of pilgrims from Russia and neighboring countries who seek to explore areas of particular religious interest in Greece.