Thursday , 20 October 2016The opening of the Honorary Consulate of the Republic of Belarus 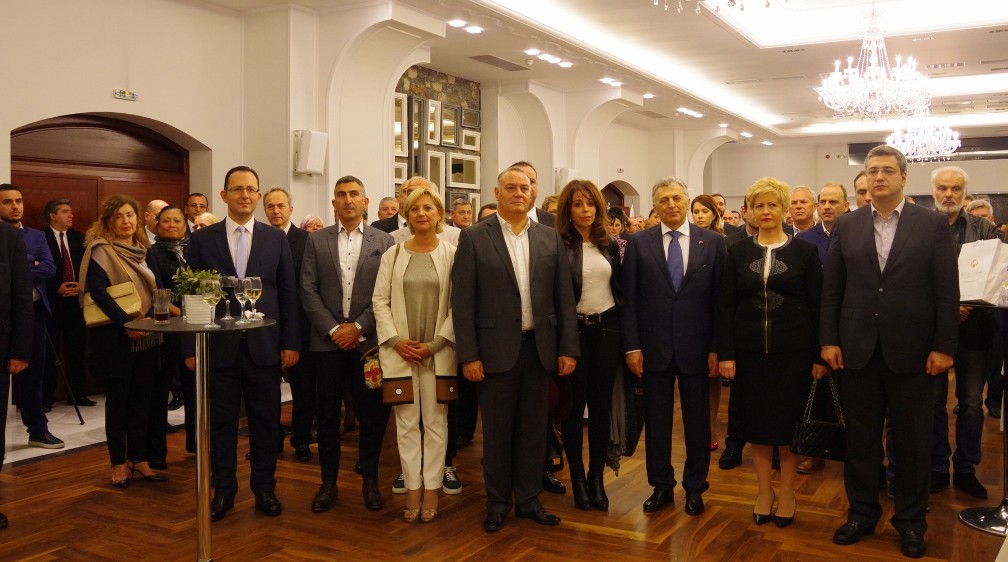 On the bright ceremony held on October 19 the grand opening of the Honorary Consulate of the Republic of Belarus took place in the Porto Palace Hotel in Thessaloniki.
Mr. Boris Mouzenidis, president of the tourist holding company Mouzenidis Group, to which the airline Ellinair belongs, welcomed the visiting dignitaries, received from the representative of the Ministry of Foreign Affairs of Belarus the official documents accrediting Honorary Consul of Belarus in Thessaloniki.

In his speech, Mr. Mouzenidis underlined that "the function of the Honorary Consulate certifies in the most official way the desire to strengthen bilateral relations between Greece and Belarus because Belarus consular agency in Greece has been opened for the first time" and thanked the Ministries of Greece and Belarus for their confidence.

At the event, the Director of the European Department of the Ministry of Foreign Affairs of the Republic of Belarus Evgeny Vorobyev addressed to the audience describing the functioning of the Honorary Consulate of Belarus in Thessaloniki as an important step in the development of relations between the two countries and assured that the new Honorary consul will have the full support of the Government of the Republic of Belarus in its work.

Mrs Kollia Tsaroucha, Deputy Minister for the Interior and Administrative reform (Macedonia - Thrace), in her speech pointed out for the opportunities that create to improve relations between the two nations by the presence of Belarus in Greece, expressed support of the Greek government, describing Mr Mouzenidis as one of the personalities who creates "hope for development" in the country.

The event was attended by the Ambassador of Belarus in Bulgaria Vladimir Voronkevich, Mayor of Thessaloniki Yiannis Boutaris, President of the Agency for the development of tourism of the city of Thessaloniki and the deputy region head Voula Patoulidou, the Deputy Mayor for Tourism S. Pegkas, head of the regional tourism service P. Tricha, representatives of local government from all over Northern Greece, diplomatic personnel of countries, representatives of the Greek tourism industry, etc.

Previously, there was a presentation of the economic environment and investment opportunities in the Republic of Belarus to the Greek businessmen of Mr. Roman Sobolev, Director of Economic Affairs of the Ministry of Foreign Affairs of Belarus.