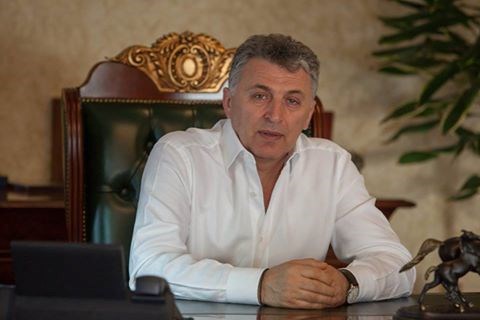 Mr. Boris Mouzenidis, President of Mouzenidis Group, member of which is the airline Ellinair, was proclaimed a honorary consul of Belarus.

A new recognition of the effort of Mr. Boris Mouzenidis for the promotion of Greece comes this time from the official Hellenic State and, more specifically, from the Hellenic Ministry of Foreign Affairs.

By the Presidential Decree of April 14, 2016, that was issued by the proposal of the Minister of Foreign Affairs, Mr. Boris Mouzenidis was recognized a honorary consul of Belarus in Thessaloniki and with jurisdiction in the regional units of the Central, Western, Eastern Macedonia and Thrace.

From this position, Mr. Boris Mouzenidis acts as a liaison between Greece and Belarus, for the effective management of bilateral issues and for the further development of cooperation between the two nations.