The aircraft Airbus A319 offers an option with a seating capacity of 144 passengers and bears the logo and colors of the airline Ellinair. Although it has already been registered in the Greek register, the aircraft is expected to start its flights on domestic routes and to Moscow before the end of February, when the integration process to the Ellinair Air Carrier Operating Certificate is completed.

The airline Ellinair already has an Airbus A319 in its fleet and its cooperation with the company Airbus confirms its absolute commitment to provide high quality services and to offer a unique travel experience to its passengers.

The President of the airline EllinairMr. Ioannis Mouzenidis commented on the arrival of the new aircraft: "Growth, innovation and commitment to quality are the elements that characterize the Ellinair strategy and reflect our continuous effort to reach positive results. The addition of the new aircraft confirms our growth and our investment in the country's tourism industry, despite the crisis period we are going through. "

In 2016 the Ellinair fleet will expectedly comprise a total of 8-10 aircraft and carry out flights to more than 15 countries. The Commercial Director of the company Mr. Stavros Daliakas noted: "We are delighted to integrate the second modern Airbus 319 to our fleet. I think that it fully meets the business objectives of Ellinair, especially after the significant expansion of our destinations in Western Europe.” 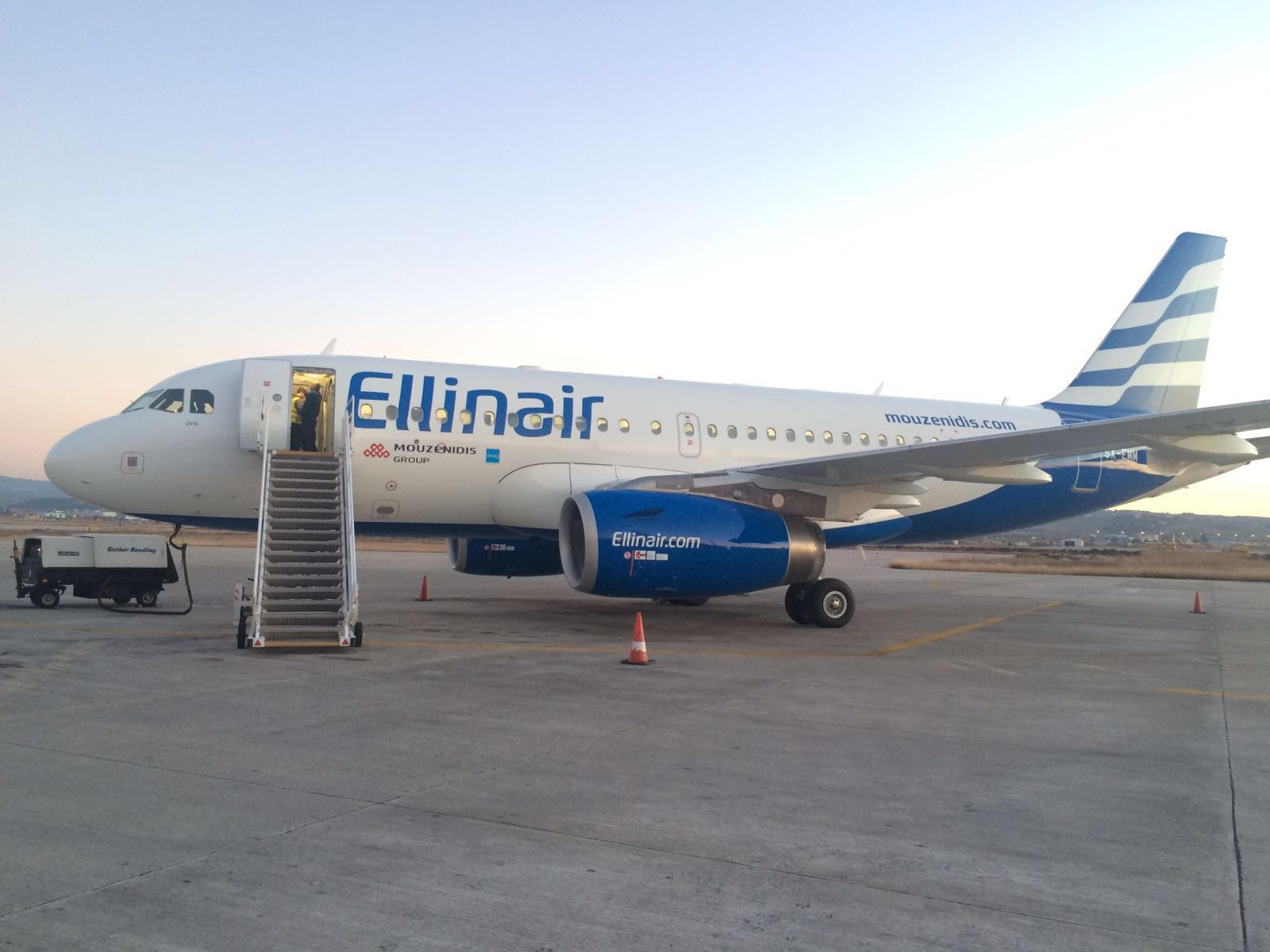