The airline Ellinair and the 11th International Marathon "ALEXANDER THE GREAT" join forces for a good purpose!

At the press conference held on Wednesday 23 December 2015 at the Mouzenidis Group headquarters in Thessaloniki, the representatives of the Organizing Committee of the marathon and the airline Ellinair, which part of the holding company Mouzenidis Group, announced the broadening of their cooperation in anticipation of the 11th International Marathon "ALEXANDER THE GREAT."

The cooperation between the two sides began with the 4th International Night Half Marathon in Thessaloniki and continues with the 11th International Marathon "ALEXANDER THE GREAT". The airline Ellinairis the official sponsor of the event, providing its own running team and transporting famous athletes from Greece and abroad to Thessaloniki. 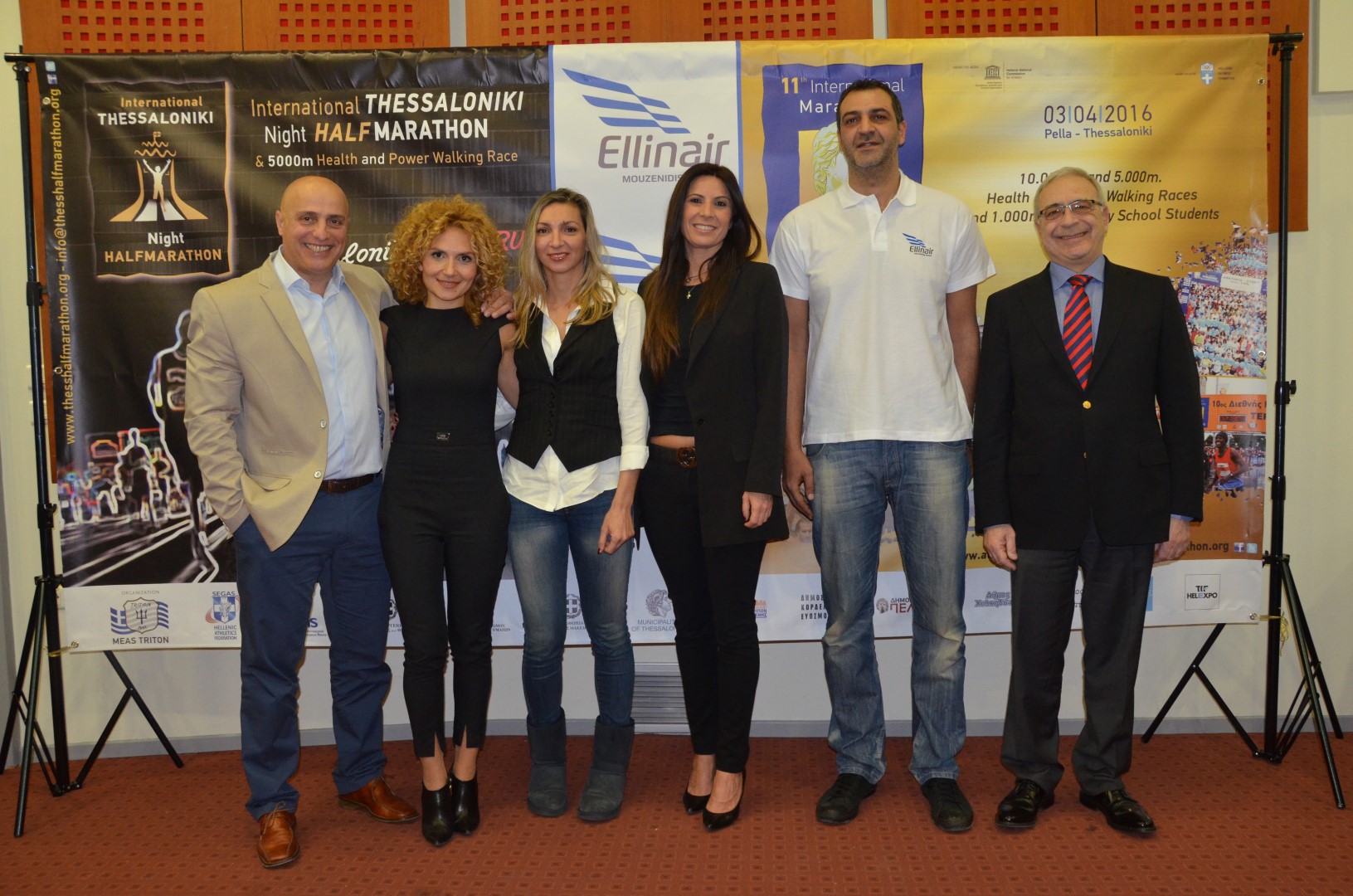 The two top athletes Rinas Akhmediev and Vasilii Permitin, who came from Russia and joined the Ellinair team, were ranked first and third, respectively, setting the tournament record in the International Half Marathon on 10 October 2015.

The airline Ellinair plans to further enhance the international character of the event, inviting more athletes and participants from abroad, as noted the Commercial Director of the company, Mr. Stavros Daliakas: "The airline Ellinair and the holding company Mouzenidis Group will create special tourist packages targeting at the establishment of Thessaloniki as a major sport tourism destination. The company Mouzenidis Group has been operating in the Greek tourism market for 20 years. There were years when the company Mouzenidis Group welcomed more than 400 000 tourists yearly. This implies the significant cash inflow and stimulates the Greek economy. We pay attention to quality of services rendered to our clients. For this reason we support the International Marathon "ALEXANDER THE GREAT", an organization with the same values."

Fani Halkias, an Olympic champion and Head of Communication and Marketing Department of the Organizing Committee, commented on social benefits that can arise from such a collaboration: "Both major events organized in Makedonia with the support of the holding company Mouzenidis Group have caused significant social benefits not only in Thessaloniki but in the whole of Greece. It is therefore very important to cooperate for a good purpose."

The important social impact that arises from the participation in such events was also mentioned by the international basketball player Giannis Giannoulis, member of Ellinair Running Team: «I could not help participating in such an event. I’ll also take part in the marathon on 3 April 2016 with the Ellinair team in order to contribute to the development of mass sports. " 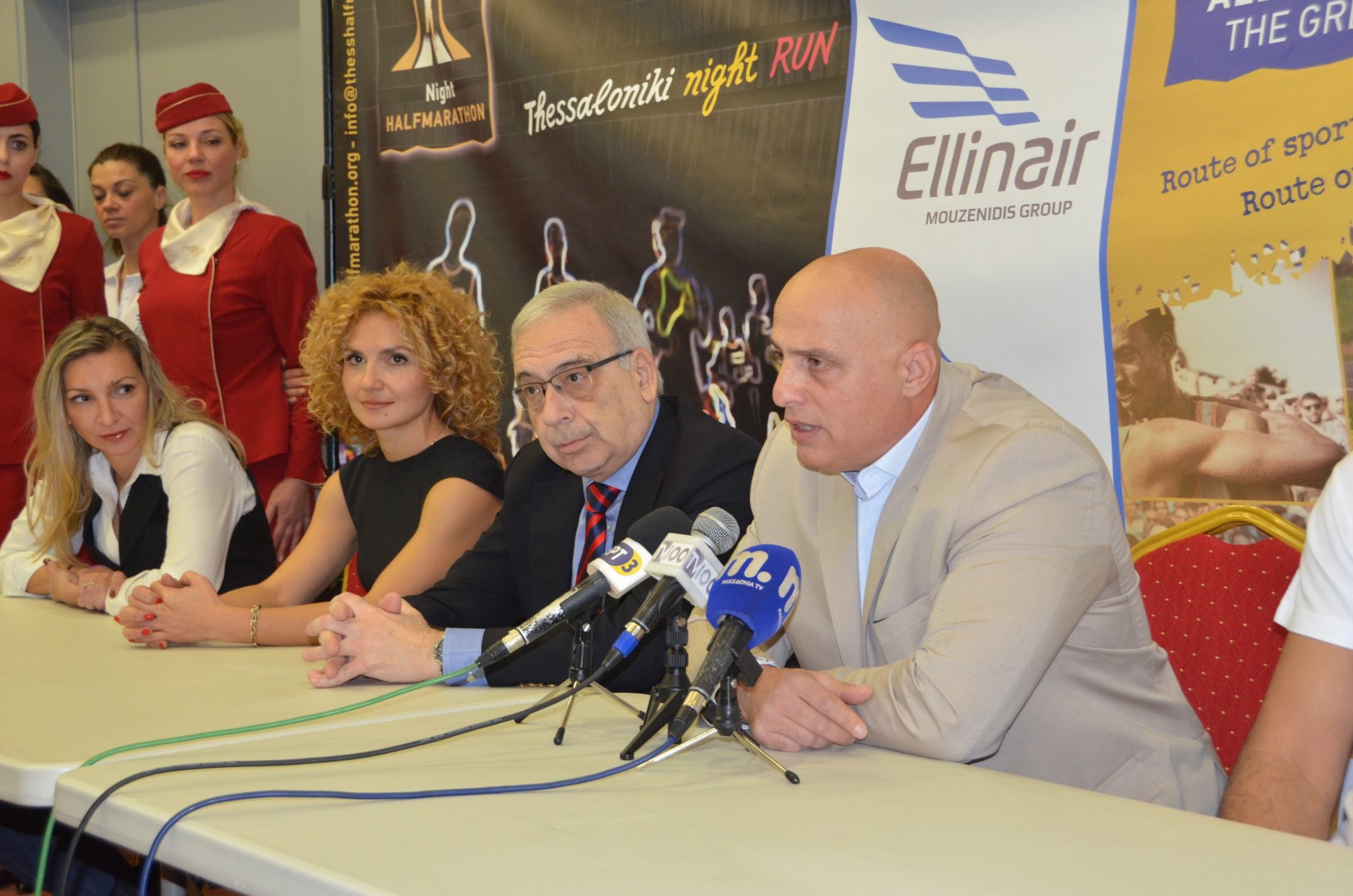 Mr. Drosos Christopoulos, General Director of the organization, praised the broadening of the cooperation with the airline Ellinair, emphasizing its dynamics and benefits: "We have something in common with the airline Ellinair and generally with the holding company Mouzenidis Group. Despite the unfavorable financial situation in our country, we don’t give up, we roll up our sleeves and we both serve for the benefit of the society, each for his own part. Our secret is that the big family of our sponsors, supporters, public bodies, organizations from the voluntary sector, as well as the best executives and our individual volunteers cooperate to achieve our common goal. Today we are very glad to have in our family such a power as Ellinair, which shares our ideals, the cooperation with which serves our common goal, which is the improving of services rendered to the society. With Ellinair beside us as the official sponsor and air carrier we’ll have several exceptional overseas champions in our city, enhancing the prestige of our international events, but also runners who combine their tourist visit to Thessaloniki with the participation in our competitions, thus realizing the basic philosophy of the organization to help the society adopt a healthy lifestyle and do sports. The 11th International Marathon "ALEXANDER THE GREAT" will travel everywhere on the wings of Ellinair, since the company itself, based in Thessaloniki, has gone beyond the city and country boundaries and is a worthy representative of Thessaloniki abroad. Happy holidays and health for all ". 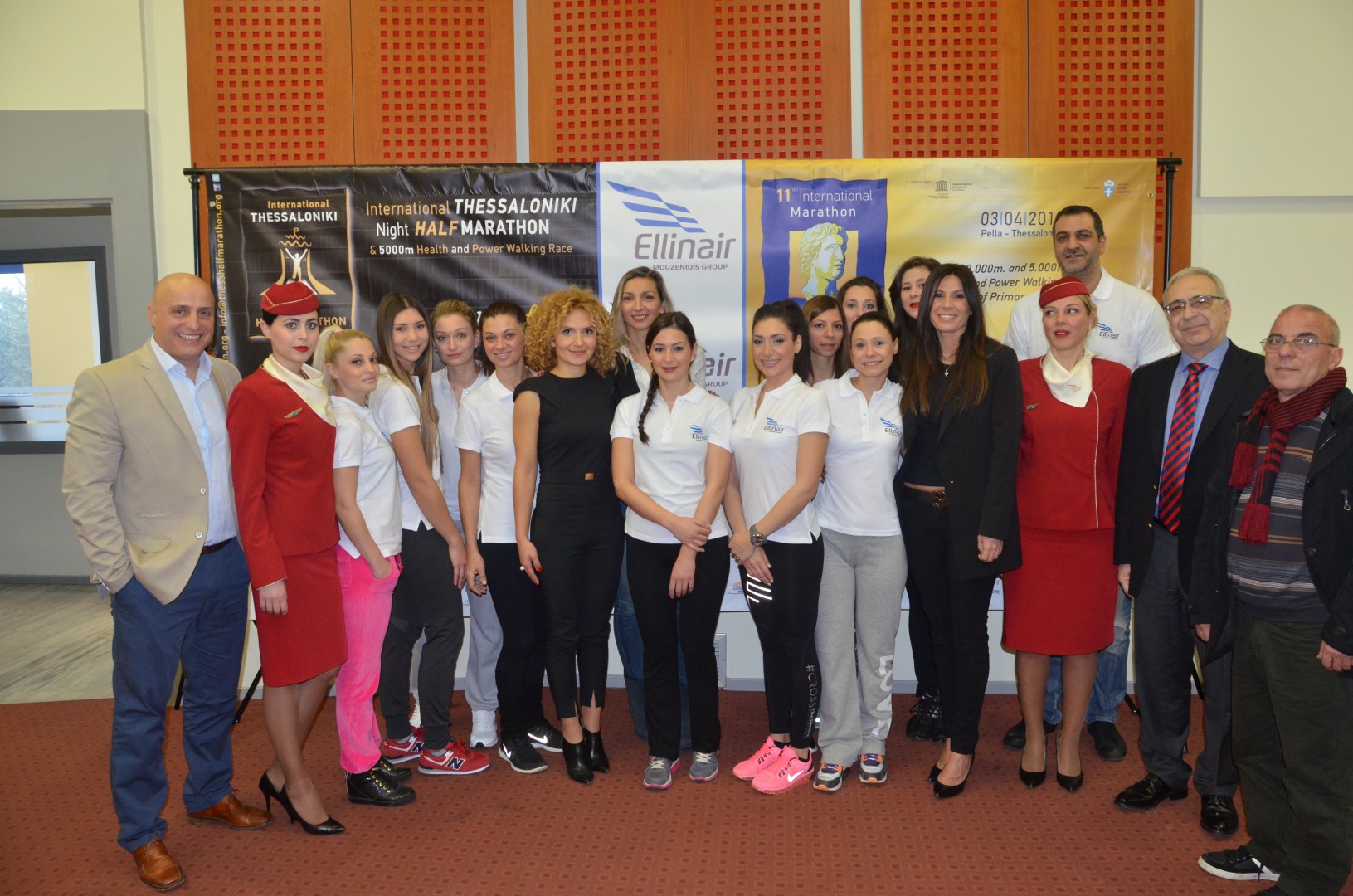