The air company «Ellinair» awarded the winners of the marathon!

"Wings" of «Ellinair» company brought to Greece winners "of the 4th International Half Marathon night in the Thessaloniki city."

Russian sportsmen Rinat Akhmetov and Vasily Permitin ran to the "4th International Half Marathon Night, 11.10.2015 " with a team of the «Ellinair» company, the official sponsor of the event, and climbed up on the podium. 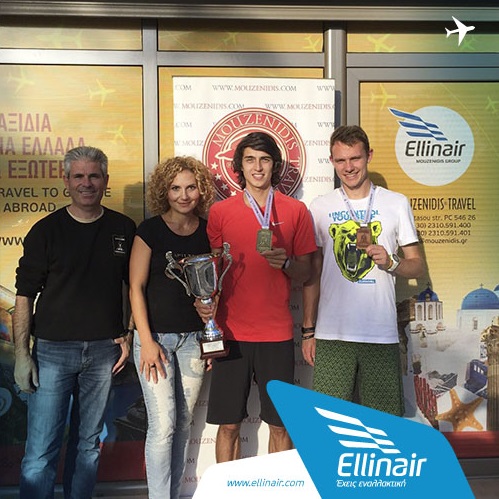