The promotional offer from air company «Ellinair» and an official event at the airport in Izmir city.

The air company «Ellinair» announced a new program to the direction Thessaloniki - Izmir, during the opening ceremony of this connect, which was held at the international airport "Adnan Menderes",  in Izmir city, on Tuesday ( 06.10.2015). Commercial Director of «Ellinair» Stavros Dallas said in his speech, that the final cost of a certain number of tickets Thessaloniki - Izmir and back is 99 €, including taxes, which will be available till November 30, 2015 and for flights till January 31st, 2016.

Presentation of the «Ellinair» company to the public in Turkey, was organized in collaboration with the «TAV Airports» company, which is responsible for the operation of the airport in Izmir, and with the support of different agencies and organizations, both in Thessaloniki and Izmir.

This event was welcomed by the Mayor of Izmir Mr. Aziz Kodzhaoglu and chairman of the Chamber of Commerce of Izmir, Mr. Ekrem Demirtas, who in their performances mentioned the importance and the necessity of a new direct flight between Thessaloniki and Izmir with the «Ellinair» company. General director of the international airport of Izmir - Mr. Ercan Balcı, welcomed the «Ellinair» company and stated that this new direction will contribute to the development of tourism in both cities, in which he was supported by the General Consul of Greece in Izmir Mr. Theodoros Tsakiris and many businessmen and journalists.

Direct flights from the airport "Macedonia" of Thessaloniki to the Airport "Adnan Menderes" of Izmir, started at September, 24th and will continue 2 times a week, every Tuesday and Saturday,  till the end of March, strengthening domestic tourism during the winter season between the two cities.

As noted by Mr. Ioannis Mouzenidis in his brief speech, the «Ellinair» company will act as a bridge, which will eliminate the distance between Thessaloniki and Izmir and will unite two popular destinations, which will excite the interest of visitors throughout the year.

In her speech, Mrs. V. Patulidu stressed that " Mouzenidis Group holding" opens new horizons in the development of tourism in Thessaloniki. The fast-growing company «Ellinair» starts direct flights, linking Thessaloniki with the congenial city of Izmir and allows us to run away, as Daedalus and Icarus, from the labyrinth of inner experiences and mediocrity. Less than two years since its foundation, «Ellinair» carefully studied many areas and business flights, according to high security standards. The «Ellinair» company makes a great contribution to the strengthening of trade relations between two cities, facilitating the movement of businessmen, students and tourists. The air connection between Thessaloniki and Izmir, brings together two cultures which are inextricably connected. I hope, that any doubts and anxieties of the success of this very important investment, quickly will change into a satisfying and a mutually beneficial smile. I wish you a good, safe and comfortable flight, and to the «Ellinair» company to be a discoverer of many other destinations.

During the event, Mr. Butaris mentioned in his speech: «Air connect between Thessaloniki and Izmir is a great development of the relations between the 2 countries, in which an important role was played by « Mouzenidis Group holding »». The dream of many years finally came true. Connection between two cities is very strong: two cities with a common past, present and certainly future, which unites them easily and efficiently wit direct flights.  It's a lot of promising start. Twice a week direct flights allow the development of tourism, trade and business between two cities and the development of relations between Northern Greece and the coast of Turkey. It also provides  a "green light" on the ferry connection between two cities, which we have so long sought, for many years, and which I hope will be realized soon. I think, that in this question the " Mouzenidis Group holding » will make a significant contribution. 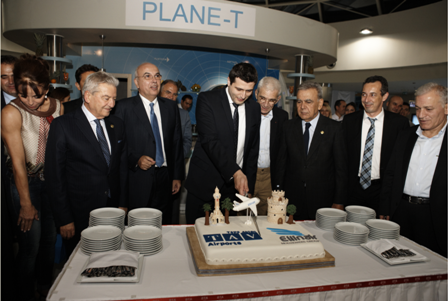 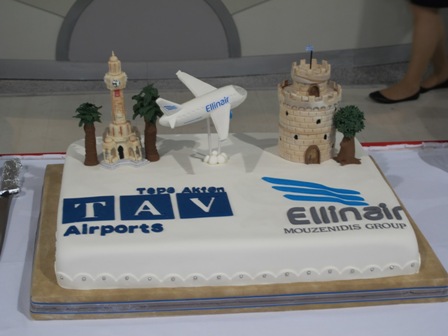 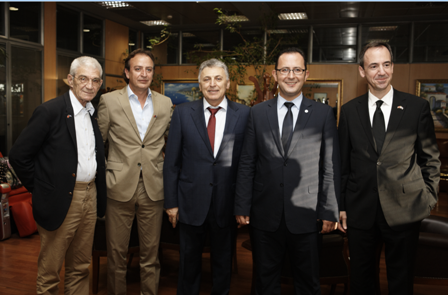 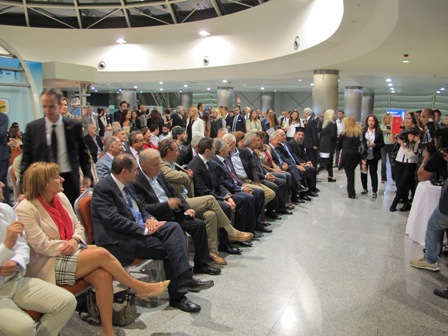 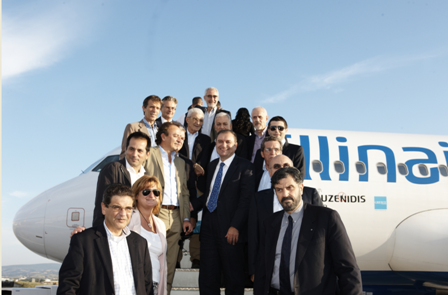 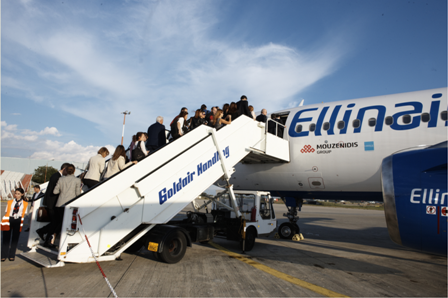 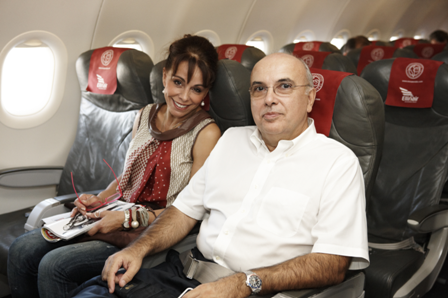 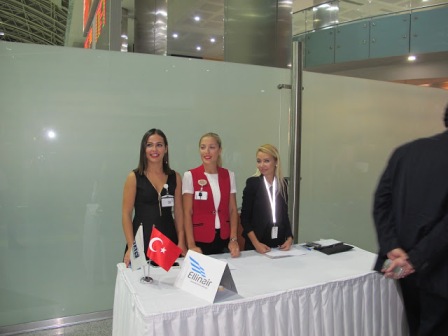